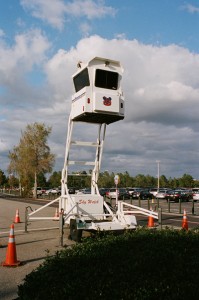 I could not come of with the words to describe how I feel and what this site is all about, but I have found some one who has: The following is an excerpt of the book “The Dark Side of Disney” By Leonard Kinsey  (Amazon Link).

I want to make this clear, I LOVE WALT DISNEYWORLD! I know the parks like the back of my hand, and I could walk through them blindfolded, guided only by the lovely scents and sounds
meticulously crafted by those brilliant Imagineers. There’s a comfort in being there, like returning home. For the most part Walt Disney World stays the same, always providing the sights, sounds, and smells that immediately bring me back to a more carefree time in life. And when it doesn’t stay the same, when the company fucks up, like when Horizons was torn down, at least I’m not the only one grieving; there are thousands of others across the world to commiserate with. It should also be known that I’m a huge fan of Walt Disney himself, devouring any and all documentaries
and biographies I can find about the man. I’m consistently finding inspiration in his life story, his determination against all odds, and his visionary, forward-thinking outlook not only on family entertainment, but on the human experience and the future of mankind. From viewing his final EPCOT film and reading his
final interviews, it seems as if he was ready to completely redefine city living, in a real paradigm-shifting game-changing sort of way. I believe he could have done it, too, could have pulled it all together just as he’d achieved the impossible countless times before, and I feel for Roy Disney and Card Walker for having to pick up the pieces, desperately trying to make something out of them without their leader at the helm. It’s a shame that what we ended up with in Kissimmee is a Walt Disney World only half-finished, only half-perfect. But half of perfection is still pretty fucking awesome.

So, no, I don’t have some big grudge against Disney, and the purpose of this book is not to try to destroy the company or dissuade people from visiting their theme parks. Quite the opposite, in fact; I wrote
this book hoping to provide a definitive answer the assholes who always ask, “You’re going there again?! Why do you keep going to that kiddie place?” and then shake their heads while they head back to Aspen or Vegas for the 80th time for their “adult” vacations.